in digital media are changing the way telling non-fictional stories that, in the context of the Internet, take on a variety of forms and practices. Starting from concepts “interactive documentary”, “web documentary”, author of this work analyzes innovative approaches in creating documentary web projects by students of the Department of Interactive art of St. Petersburg State University of Cinema and television.

New technologies and innovations in digital media change the means of telling nonfiction stories, which, in the context of the Internet, obtain a variety of forms and practices. On the basis of such terms as “interactive documentary”, “webdocumentary”, the author of this work analyzes innovative approaches to the creation of documentary web-projects of the students of the Interactive Art
Department of Saint-Petersburg State University of Film and Television. 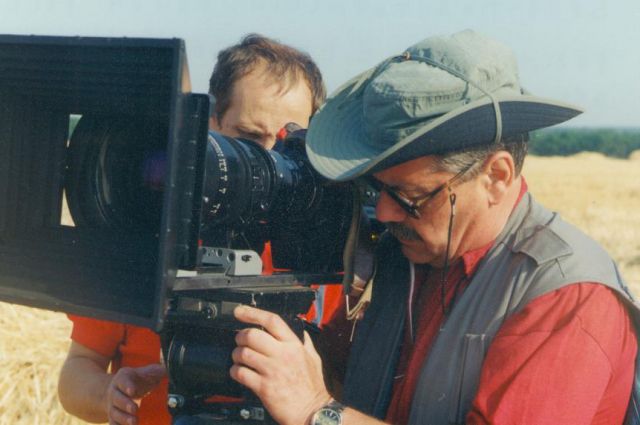 The intensive development of the Internet as a digital medium, the acquisition their ability for artistic expression and narrative led to
the formation of a special kind of audiovisual storytelling known as “interactive documentary” or “web documentary”. Typically, an interactive documentary is a project Internet-based, integrating multimedia objects (audio, video, still images and design) and requiring user interactions to manage content.

Interactive the documentary gives the user an active role in determining the amount of content viewed and its sequence, contributes to community building as it includes forums, feedback and deeper levels of communication. Authorship of a work up to a certain degree is transferred to the hands of the user, who forms a more subjective experience compared to traditional linear documentaries.

Documentary filmmakers and journalists who are increasingly trying themselves in a new media space, one has to face many problems. First of all, there are no convincing methods and techniques for creating narrative web projects that have proven themselves in practice.

AT technologies are now available to enable the creation of interactive narratives based on ready-made, freely distributed and commercial software solutions, which relieves the authors of interactive multimedia projects and, in particular, multimedia directors from the need to develop such software systems independently.

However, the proposed author’s toolkit either does not solve many important tasks, or too complex in terms of having the necessary
programming skills. Despite serious attention from a number of foreign researchers to documentaries and web documentaries,
requires a comprehensive interdisciplinary study an important place is occupied by creative search and experimentation in the development of multimedia web projects. 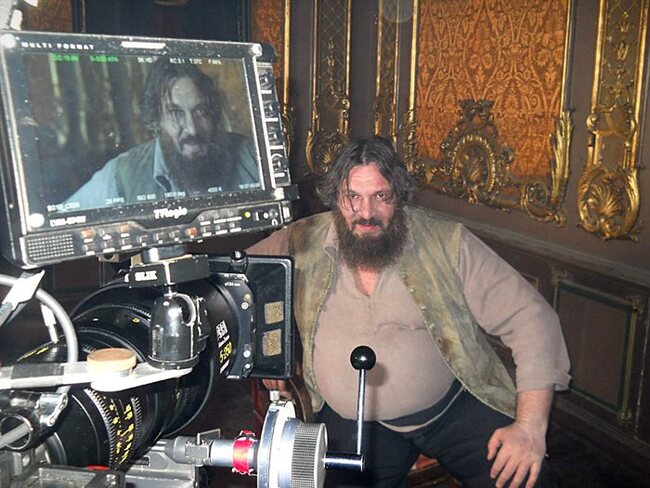 Over the past few years, the Department of Interactive Art St. Petersburg State University of Cinema and Television is looking for effective models for creating interactive content documentaries and web projects. This search is associated with continuous experimentation, continuous innovation and targeted analysis of results.

Here are just some documentary web projects created by students and post-graduate student of the creative workshop of Professor N.I. Dvorko. Interactive documentary web project “Follow you” (author: Anastasia Strunevskaya) is an interactive story about the Great Japanese earthquake that occurred in March 2011. However, the project does not reports of casualties or damage. There are living, unique stories of people, made up of short messages and photographs transmitted by them via Twitter networks and displaying reactions to ongoing events.

There is interviews and videos posted on blogs during the most difficult days earthquakes. The project consists of two parts. In the first part, the user can plunge into the atmosphere of living an earthquake by the author himself, recipient of tweets from Japan in those terrible days. This part is online narrative containing interactive multimedia elements, story is presented sequentially from beginning to end, i.e. linearly. 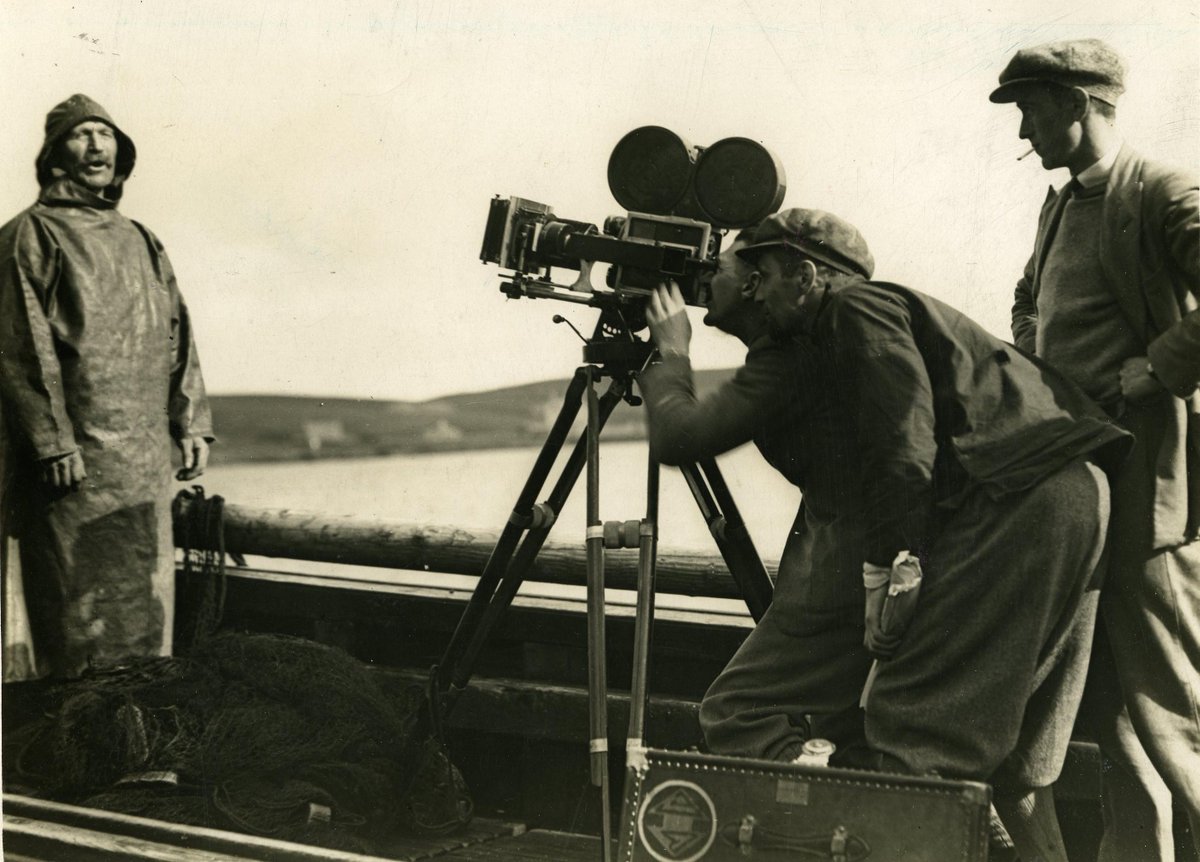 In the second part

the user can independently study the history of each of the five heroes, see the full picture of the tragedy, read all saved messages,
which (a year later) no longer exist on Twitter. This part is a non-linear story. The user receives the ability to select in the history navigation, preferring segments, of greatest interest to him. Each segment keeps own structure of the narrative and is told with the help of a medium, most appropriate for the content of this segment.

Three-level approach (user work at three levels understanding of the issue: documents, social processes, personal statements), openness of the system (continuous development and replenishment with new content), the presence of “dynamic infographics” in the project interface contributes to more complete and comprehensive study of the social phenomenon, participation
audiences to discuss important issues.

Web project “Look into your heart this day” (author: Maria Gyarmati) is a poetic web narrative calling for the search answers to the most exciting questions in your heart, to feel life and perceive it not only rationally, but also intuitively. inspiring a factor in this work was the cycle of works by William Blake “Divination of ignorance and knowledge” (“Songs of Innocence and Experience”).

Web project “Quotenote: George Carlin” (author: Elena Vasilkova) made in the form of an album dedicated to the work of one of the most famous and witty stand-up comedians of America to George Carlin. The user learns about Carlin through a wide range of multimedia media (sound, video, animation, graphics), exploring at your own pace interactive content. Stylistically, the album is designed in the technique of collage, emphasizing the author’s personal position towards Karlin and his work. Idea project — a harmonious combination of digital technologies with manual creativity in a story about a non-fictional character.

At the heart of the interactive documentary web project “House – corner Thai life” (author: Buntasanakul Santi, PhD student) – non-fictional a tale of four generations of a Thai dynasty of musicians living together in Bangkok, in traditional houses. Each of the houses reflects the time culture and life of its inhabitants. Due to the non-linear structure and convenient navigation in one immersive digital environment, multiple documentary stories of six representatives of the dynasty.

And the viewer can switch from one dynasty generation to another using diverse interface: icons of heroes, houses, as well as an interactive feed time (timeline). A series of stories creates a polyphonic canvas, in which maintains narrative consistency at various levels viewer-user interaction. Navigation system and structure projects allow fragmented narratives to come together and be consistent, giving the user control and flexibility. Rich
multimedia content of the project includes photographs, computer graphics, 360° photo collages, animation, documentary video, music, sounds and the voices of storytellers – the heroes of interactive storytelling. Through fate and the life of specific people – the heroes of the interactive documentary the author seeks to immerse the viewer in the culture as well as the history of Thai
people.

The given examples of documentary web projects testify to ongoing process of expanding the language of the interactive non-fictional storytelling. They demonstrate various methods and means of expression, various ways of participation of the audience in the unfolding of the narrative, various navigation methods. Many projects offer a synthesis of traditional video and multimedia components with state-of-the-art technologies such as 360° immersive panoramas, interactive timeline, virtual environments,
infographics and others. Projects show how to describe complex reality, you can use a variety of combinations of multimedia elements; how to make interactive narrative more personalized, addressing it to a wide audience; how to combine project parts that have various narrative structures; how to maintain the integrity of the story with a non-linear structure and a variety of multimedia expressive funds.

Practical experimental and creative research of the department interactive art show in practice that the success of the project depends from a good story.