Documentary as a new multimedia format 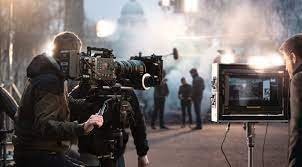 The essence of the concept of web documentary

Web documentary as a new multimedia format appears due to the convergence of Internet technologies and the documentary genre, originating from 1920 Gaudenzi S. The Living Documentary: From Representing Reality to Co-creating Reality in Digital Interactive Documentary. – Goldsmiths, 2013. – P. 18..

The definition of the documentary genre has evolved quite a bit over time – it has been used to describe different forms and content: news, educational films, travel stories, television shows. In the 1920s Scottish journalist John Grierson first used the concept of “documentary” (documentary), denoting the genre of cinema, in his review of Robert Flaherty’s film “Moana”. Grierson lays out the basic principles of the documentary: First, he argues that the documentary is “a new and necessary art form that can photograph scenes from life and real stories. Characters and scenes taken from reality better reflect the modern world and provide more room for interpretation.” Finally, he believes that material from life reflects the essence of reality, showing spontaneous movements, gestures, scenes.

A documentary film can take many forms, from a simple catalog of events to a political pamphlet, but in any case it reflects reality, and this is the main difference from feature films. The American theorist Bill Nichols says that documentaries have a close connection with world history – the genre is based on the connection of the film with historical reality. The documentary is organized not around the protagonist, but around an argument or logic that is rooted in historical reality.

Specialized sites appear, where information about web documentary is published and accumulated, which unite researchers and producers of Web documentary and other specialists in this field into communities. Among them are I-Docs.org, the French blogs Le blogdocumentaire and Webdocu.fr, the German WebdokuTreffpunkt page, and the MIT Open documentary lab Braida N. Web documentary, which is closely involved in this topic. Documenting reality in the Post-media age. – Academico, 2013. – pp. 62-63..